About My New Podcast – Existential

Two years ago I was working at a large evangelical church. I would describe my job as the gatekeeper for how the church communicated its message on a macro and micro level – the former being each weekend service and the latter being who the church was and what it was about through web and social media content.

I’m not sure that’s how they would describe the job, hence one of the reasons I no longer work there. But, that’s a story for another day perhaps.

If you’ve heard the story I’m about to tell before, bear with me. I often forget who I’ve told stories to and who I haven’t.

I remember sitting in the auditorium of the church on a Saturday night and getting a text from my oldest daughter. She was 15 at the time. She texted me to see if I had heard about all the “Charlottesville” stuff people were talking about on social media.

She was relatively new to twitter, and she would pretty regularly send me funny videos from “black twitter” I initially assumed that there was a huge festival that featured some of her favorite artists performing and she wanted me to know about it. I wish it had been.

You’ve done it too.

When I opened the twitter app, I was aghast. I’m not sure if I was more bothered by what I saw happening in Charlottesville or the fact that my 15-year-old teenage daughter had witnessed it. I don’t need to tell you what happened. You know. 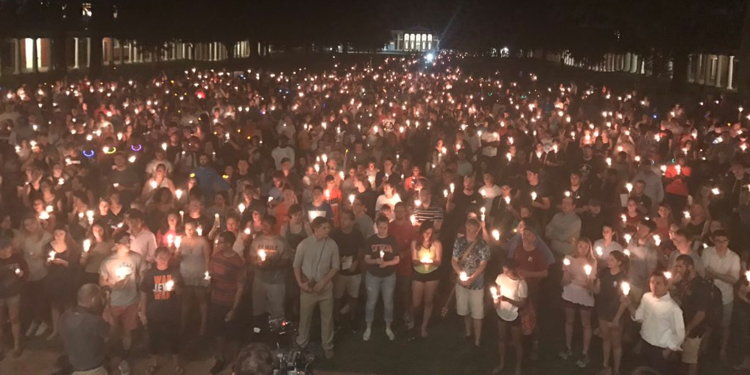 From that day on, I had this burning desire to talk about the stuff that was happening in the world around me. I wanted to say things and be part of discussions that were directly related to issues that affected people daily, especially the things that directly affected POC.

I would find myself sitting in church services and having my mind wander off to issues of gender, human sexuality, race, and the guy in the oval office. Did you catch that? My mind would “wander off” to these issues from my seat inside a church building.

I was starting to realize that I needed to find another platform to speak about the social issues that mattered to me. It seemed as if the church was focused more on heaven than it was on earth, and I couldn’t unsee what I had seen.

So I began to use my social media platforms to make statements and engage people in dialog about issues that mattered to me.  It seemed from the response that this stuff mattered to more people than just me.

After about six months of feeling this tension and dipping my toes into cultural conversations online, I found myself sitting in the head pastor’s office with the executive pastor, who was my boss. The meeting began with words I’ll never forget. “Get ready for a tough conversation.”

In that conversation, I learned that I would need to find another place to work because it wasn’t working out with me in my role. From a job performance standpoint, I was surprised, but I can’t say that I was surprised from a relational perspective. It was time. They just initiated goodbye before I dared to say it myself.

A month after the “tough conversation” I started blogging, and without the need to preserve my standing with a job at an evangelical church anymore, I started being more candid about issues of justice, faith, and culture. I’ve continued to share candidly to this day, and now the next phase of tough conversations will be in the form of a podcast.

I’m calling it Existential because the podcast will be conversations with humans about human stuff. Every issue we have within religion, politics, or race all begin with humans.

Often the reason we fail to find our way to real justice in the world is that we lose sight of others and even our selves as human. Existential aims at reminding us that we are all human.

I’ll have conversations with you and other friends of mine about how the issues that polarize us affect us as wives, fathers, mothers, brothers, husbands, sisters, friends, neighbors, and co-workers.

Each episode will explore issues of justice, faith, and culture from the human perspective. We will condemn racism, xenophobia, homophobia, and all forms of bigotry. I’m not trying to heal the world by making all of us blind to the realities we face.

I hope that we find ourselves more willing to see the humans on the other side of the issues, agendas, or arguments we all feel so strongly about and that we can contend for a better world together – one conversation at a time.