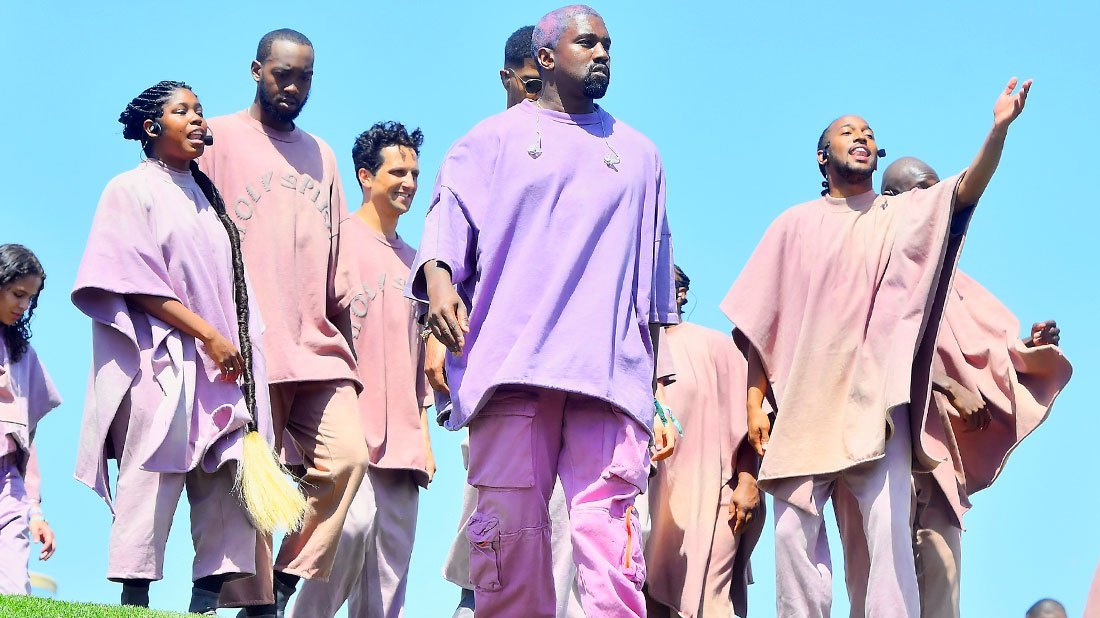 “He’s fashionable, he’s reaching a lot of people who weren’t going to church and he sits with people who have diverse opinions.”

I’ve heard a wide range of thoughts about Kanye West’s latest artistic project – Sunday Service. Some people love it, and some people believe it’s heresy. I’ve been asked more than a few times over the last week about what I thought, so I decided to process those thoughts with you.

I’ve refrained from writing or talking publicly about the “revival” Kanye is leading because I have had conflicting ideas about the movement.

When I first heard about Kanye doing a Sunday morning service, my response was similar to my reaction when I heard that he said slavery was a choice.

I initially felt like this was a stunt “Yeezus” was using to center himself, and therefore I was extremely cynical. But, when I looked deeper within myself, I found that part of me was jealous that Kanye was creating the kind of faith communities I long to organize myself.

All that being said, here are my musings about Kanye West’s Sunday Service movement. They are in no particular order, and as I already said, some of them are probably contradictory. I feel tension within myself about it.

I don’t trust him.

I would personally never ask Kanye West for spiritual advice, and I imagine based on everything I’ve seen about what he’s up to these days, that he wouldn’t give it to me if I asked. He doesn’t seem to want the title or of spiritual sor.

My belief about spiritual leadership, which he is now positioned as whether he wanted it or not, is that the people we look to for spiritual leadership should be trustworthy in matters pertaining to Divinity. Which also carries with it the expectation of high moral character.

He’s by all accounts genuine.

I believe the countenance of those closest to us reveal our character. Kanye’s wife has been quoted as saying Kanye has had a genuine experience with God, and that is enough for me to at least look at what he is doing with less skeptisim.

People who have been in the space where Kanye has led Sunday services have said they believed the worship environment was authentically spiritual. I’m reluctant to dismiss the experiences of so many people who claim to have been touched by what they heard and saw.

If God uses Kanye West, who I have been angry with over claiming to be “Jesus” and cooning for Trump, then what does that mean for the faith I’ve grown up believing? My Christian roots, which I have am in almost daily conflict with, are unsettled by the idea that someone as weird as Kanye would be God’s agent of evangelism.

I am confronted with the idea that God can and does use people I don’t like or would not choose all the time. This movement Kanye has started has me looking at the man in the mirror, revealing that God does indeed use “undeserving people” every day.

His celebrity drives his influence.

It’s been over a decade now since he first time I was in a large audience listening to a prominent Christian speaker. I remember when she took the stage and a friend we attended the gathering with started crying. The speaker hadn’t said a word yet, but her mere presence moved my friend to tears.

I also remember that she opened her message by showing a video of a debt being canceled. The entire room exploded into cheering and clapping. I can’t remember anything about the content of what she shared about God or humanity, but I remember what if felt like to be in the room.

Her personality and fame gave her content more juice than it would have possessed had it been presented by someone with less cache.

Kanye is the natural progression of celebrity church culture.

Over the last 20 years or so with the emergence of Christian television and social media, we have seen a rise in pastors and preachers who are every bit as rich, powerful, and famous as any other celebrity. TMZ is as likely to stop them in the airport as they are Justin Bieber. (Often because they have been seen out with Bieber or another celebrity)

This is a pedestal we’ve created makes us believe that these men and women are more qualified to be God’s agents than the people who preach at and pastor small faith communities in urban and rural contexts all over the world.

The celebrity culture isn’t evil. It is a reality of the era we live in. The pastors featured by “Preachers N Sneakers” aren’t phonies or false prophets. They are the human bi-products of our desire for larger than life figures to point us toward God.

They say things in a way and with a style that moves us. We believe that swag invites “outsiders” to see what God and faith are all about, so we are happy to point our friends to the latest videos and tweets of famous preachers saying ordinary things in creative and flashy ways.

How is he different?

I bet you thought the first quote in this piece was about Kanye West. It wasn’t. It was how a friend of mine articulated why I should be careful in my criticism of what I perceived as a pastor’s lack of theological framework. 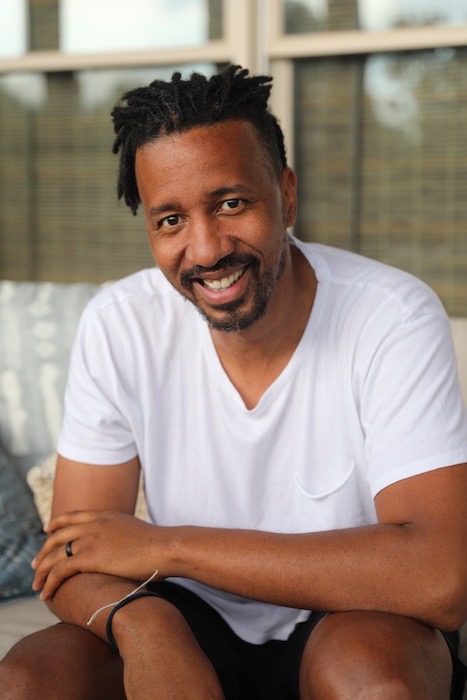 A few years ago I was flying home from my dad’s funeral. It was a normal flight all things considered. I was obviously sad he was gone, and for the first time in my life I felt the existential reality of death. I felt like its imminence. I felt like I moved up one space in line for the trip every human being takes to the unknown. The place ancient people called Sheol.

After having a drink I fell asleep in the window seat next to my wife. I don’t often fall asleep on flights, but this time I fell into one of those really sweet that only alcohol or anesthesia can induce. I was at peace – until I wasn’t.

Suddenly I woke up out of my sleep having trouble breathing and feeling extremely disoriented. I don’t even remember how I got past my wife and the person in the aisle seat, but I rushed to the lavatory in the back of the plane, sat down, and splashed water on my face while saying “Jesus help me.”

I felt like I was dying. Since I grew up Pentecostal my instinct was to believe that I was being attacked by a demon – some kind of airplane devil or something.

What I didn’t know then that I know now is that I was experiencing a panic attack. I learned that because on the next flight I took the same thing happened.

After that the second incident, I googled my symptoms and read what panic attacks are and how to cope with them. That was the day I decided not to white knuckle this issue.

Side note, “white-knuckling” might be the only pejorative reference to something “white.”

I didn’t “feel” an overwhelming amount of grief over my dad dying, but I believed that the panic attacks were a signal that something was new in my emotional headspace. I wanted to find out what that was, so I sat down with a counselor and processed what I was feeling about death, life, religion, and my own mortality.

I also explained to the counselor that I had had panic attacks, and they introduced me to “mindfulness exercises.” I assumed that like any other time I was prescribed medicine from a doctor, that would cure me, and I’d like to say that was the end of the panic attacks – but it wasn’t.

I continued to see a therapist to discuss depression, anxiety, and more generally, how I felt about myself. However, every time I got on a plane, I would feel panic trying to come on. In fact, I still feel anxiety about flying – especially alone. I think I had one or two more episodes while flying before one session with a therapist changed everything for me.

There was nothing terribly profound about what the counselor said to me. I can’t remember the exact words, but I remember that they told I needed to accept the new reality of my mental state.

I suffer from anxiety, so when I get on a plane I expect to encounter my old friend panic, and while that’s not a practice that is designed to prevent panic attacks, I haven’t had any since my therapist introduced that idea to me.

Perhaps you’re reading this as a person who quietly suffers through anxiety alone because you believe that it’s something to be ashamed of. Maybe you’re someone whose religious experience precludes you from seeking professional help. To both of those I’d say REPENT.

I don’t mean repent in the tent preacher revivalist sort of way. I mean it in the old Jewish way of changing your thinking. Try to consider that there is no shame in carrying a disease that plagues millions of people around the world, and consider that science is teaching us things about the human brain that the Bible writers had yet to name or discover.

All that to say, if you’re struggling with or even casually encountering depression, anxiety, or panic, seek out professional help from a licensed mental health professional. There is nothing weak or sinful about asking for help.