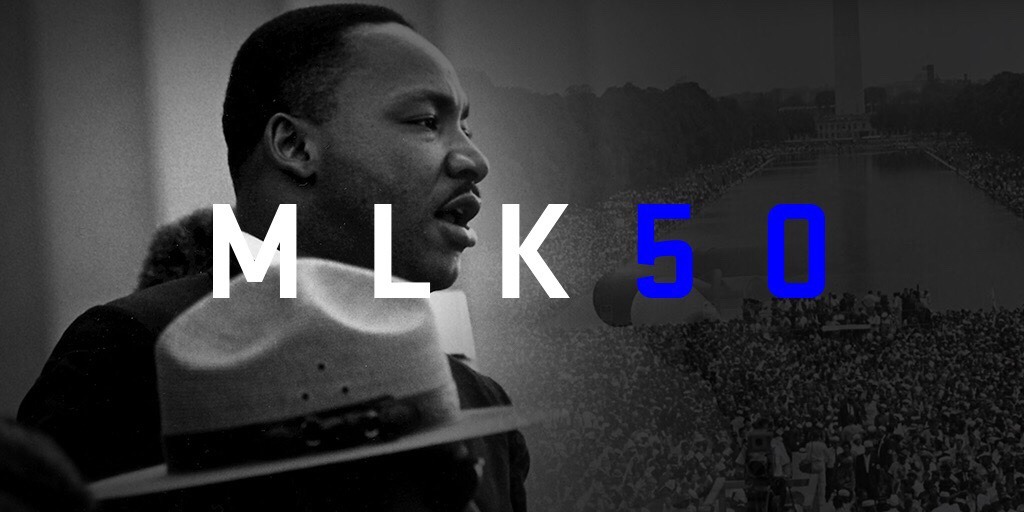 It’s been FIFTY YEARS since the assassination of Dr. Martin Luther King on that now infamous balcony in Memphis, TN. Speculation as to why he was murdered runs along a wide spectrum of theories. James Earl Ray has been deemed responsible for Dr. King’s murder, but it’s no easier to hold one man responsible for his death as it is to hold one man responsible for the execution of Jesus of Nazareth. Many people were likely involved in what happened on April 4th, 1968. In the months preceding his death, Dr. King was wire tapped by the FBI, received death threats, and was radicalized by the media (who had once been his allies). It is nearly impossible to identify one person or institution responsible for what happened, but it’s not hard to find a similar story of another revolutionary who’s story parallels Dr King’s. We need only to look at the stories of Jesus’ life shared by the gospel writers of the Bible.

Jesus came on the scene at a time when Roman imperialism created unjust class systems that caused civil unrest among the people of his day. He like King, was deemed a radical by the people of His day. His ideas and declarations were not popular among people with power and privilege, but wildly popular among the poor and needy. Jesus’ message frightened the powerful elite because it was moving the poor to the front of the line in a culture that was built to remind those without power or wealth that they weren’t rich or powerful. The “Kingdom of Heaven” is a system of governance that isn’t ruled by human power, but by God himself as it’s ruler. God, who created all people in His image, doesn’t discriminate based on gender, race, status, or influence. A Kingdom ruled by God would, according to Jesus, elevate the destitute and bring down the oppressive rich and powerful.

This is a message that Dr. King brought forward during the last years of his life. He began to be outspoken about government that favored the rich at the expense of the poor. The reason he was in Memphis to begin with was to fight for better pay for poor sanitation workers. Dr. King came to see that many of the people below the poverty line in America weren’t all minorities, but many white people fell beneath that line as well. He identified that economic discrimination was as big an advisory to justice as racial discrimination. He devoted his later years to fighting for a government that redistributed wealth and power equally for all Americans. A just system of governance would in essence elevate the poor and bring down the oppressive rich and powerful.

People with privilege, power, and wealth have historically been reluctant to make space for more people to share in that wealth and power. As Jesus’ message about the Kingdom of God gained steam, those with power plotted to kill the message and the messenger. They ultimately did kill the messenger, but the message can never be killed because it came from the Creator. Jesus carried forward the message of YHWH that was established thousands of years before He lived. Moses (before Jesus) shared instructions from God about justice, peace, and love in society. Jesus moved that way of living forward in a time that resisted the idea of equal justice for all.

Thousands of years later Dr. King found himself fighting for the same fair and just system as Jesus. King fought for the justice, peace, and love that God told Moses to establish as values for His people. He became a beacon of hope for the poor and oppressed, and as his movement gained steam, those with power…

Once again, a messenger was killed, but the message lived on.

Today we remember the death of MLK days after we remembered the death and resurrection of Jesus. We remember why both men were executed. Both fought for the weak against the strong. Both had a picture of a system of governance that made space for the impoverished to have the same human rights as the wealthy. Both men believed that if it cost them their lives to move the message forward to the next generation, they would willingly give their lives. We all respect that kind of courage and fortitude. We all want to be on the right side of history, so I’ll leave you with two questions.

How can you move the message of Jesus and Dr. King forward today?

Are you willing to move it forward even if it cost you? 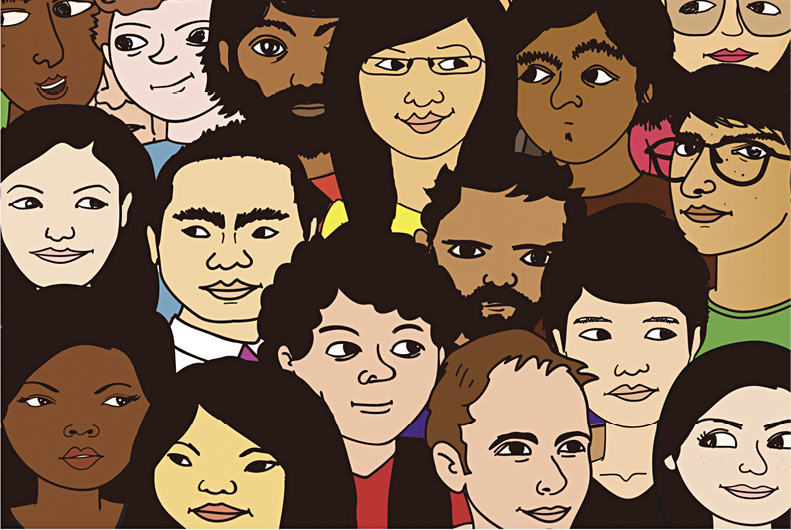 After writing Part One of this series, I got to hear the stories of women and people of color trying to find a fit in a church environment that they felt marginalized in. I thought it would be important to share a couple of their stories to allow us to see the scope of the problem we can solve together. The first story was Part 3 of this series, written by Stephanie Zibell, about what it has been like for her as a woman in ministry. This week, I share a conversation I had with my friend Jensen Abraham. He is a first generation Indian American who served as a full time leader and mentor at at faith-based leadership school in Atlanta. He has also helped manage a non-profit organization that mentors thousands of youth and young adult pastors from across the Nation. He has recently married and spends his time developing an entrepreneurship school for middle and high school students in Dunwoody, GA.

Me: When did you begin to feel like you were limited in your potential to lead within the American Church?

Jensen: A few years ago, while I was a part of ministry school.. striving to be a youth pastor.. I had a class where the instructor was talking about how to reconcile cultures in the church. As an Indian in the church striving to be a part of church leadership one day, I was thrilled to hear this lesson. As the instructor continued talking about how white people lean towards white churches and black people lean towards black churches, they started talking about how difficult it is to have a multicultural staff in the American church and how churches needed to be intentional about having a staff with a mix of white people and black people. When this was said, a thought dawned on me that changed the course of my “journey to ministry”. If we, as the church, are just starting to integrate staffing to white and black people, what happens if you are an Indian? This thought then led to, “Even if an Indian winds up on staff to have more races represented, would it even be possible for an Indian to have an actual pastoral or teaching role? Would an Indian always just be a part of general staffing just to meet “multi cultural staff” quota? Do I even want to be a part of a place hiring me just because I am different? How often would a church be comfortable having an Indian representing them on stage? Would we ever be able to do more than give announcements from time to time? Even if I get a youth pastor position somewhere, would the pastor ever feel comfortable handing the church off to me one day if I had aspirations to be a senior pastor?“

Me: How common of an experience is this among Indians in ministry?

Me: What do you believe contributes to the low number of Indians serving in significant roles in ministry today?

Jensen: The percentage of Asian-Americans is slim in the church world. Many young Asian-Americans today are 1st or 2nd generation Americans in their families. They are taught early on that education and financial success are vital to their future. Without realizing it, often times the message of real faith and trust comes after education and financial success. This is not because Asian parents are money hungry. It is because either they or their parents came here from their home countries, had a HARD journey to get to America (coming with almost nothing) , and came here for better opportunities for the generations that follow them. Asian-American Christians make up a slim percentage of Christians in the U.S. So a slim percentage of this slim percentage have a dream or aspiration to be a part of church leadership.. of course it’s going to be tougher for them to find a real spot in church leadership… not impossible, just tough. And if you are an Indian, unfortunately, the way we look can prevent the types of roles that are offered to us in the church world.

Me: Why are we talking about “Asians” now?

Jensen: Because India is in Asia. 👀

Me: Do you still feel called to church leadership?

Jensen: Yes… but not exactly what I once thought it would be. My wife and I are a part of a house church network that is doing a great job at raising disciples of all sorts of cultures.. not to meet a quota.. it actually just happened pretty naturally because the people in the group naturally live a life that create friendships with all sorts of cultures. However I am less than a year married, and my wife and I want to do whatever it takes to ensure a marriage for the long run. So we’ve taken a step back to focus on that. So for now, we love where we are at.