A friend messaged me this video yesterday and asked what I thought of it.

Initially, I wanted to have a conversation with the pastor….

I’m not sure I’ll ever get to have that conversation, but I do have issues with this video on several levels. I’ll share a few.

This one time Jesus (Jewish Rabbi) took his disciples to a town called Caesarea Philippi, and while there he had a ground breaking conversation with them. I imagine most Christians are familiar with the story. It’s in Matthew chapter 16 if you’d like to read it for yourself. What’s obscure to modern readers about this story is that the town Jesus brought his teenage students to was not a nice town. The town was dedicated to the Ceasars and was the home of a pagan temple for worshipping a Greek god.

Rabbis forbade “good” Jews from going to Caesarea at all, so the fact that Jesus not only went there, but took his disciples is pretty unusual. More remarkable is the fact that this is where Jesus says one of the most famous phrases in history.

“Upon this rock I will build my church, and the gates of hell won’t prevail against it.”  Perhaps you’ve always thought these words were talking about religious institutions versus a raging fiery place where the devil lives. Most of my life that’s what I believed, but that’s actually not true. The word church means gathering of citizens, and the “gates of hell” is an actual physical place that you can visit today. Ancient people believed it was mystical because of the literal mist that would come up out of the opening of this mysterious looking cave. They believed it was a doorway to the underworld where the god Pan lived. They would engage in pretty obscene sexual acts to worship Pan that would be NSFW to this day. 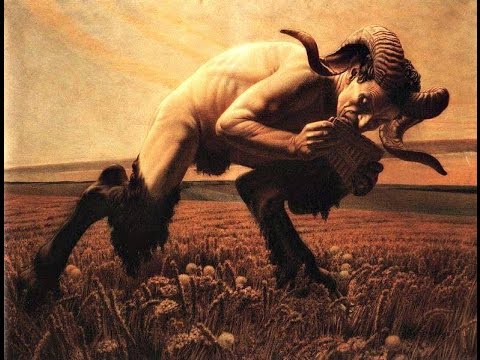 Yes, Jesus and the teenage boys with him were within hearing and watching distance of some really nasty stuff while having this conversation. Anyone who’s watched GOT and tried to follow the story line without enduring all the sex scenes can identify with how hard it is to try and pay attention to what’s being said over the debauchery happening in the background. Jesus is saying some really important and ground breaking things to his closest disciples while there is an orgy going on nearby. Of all the places to start talking about this new kind of gathering called church, why do it in Caesarea Philippi? Why not Jerusalem, the capitol of the Jewish faith? What statement does this make about what Jesus’ intentions were for church? It’s unlikely he has this talk where he has it by accident.

Could it be that Jesus is making a statement about who is welcome? This announcement about church and its impact could have been had within the friendly confines of a Jewish synagogue or inside the temple, but instead it’s happening out in the wild where “those” people are. That should inform our belief about church and the messiness that Jesus intended “his” gatherings to be part of. If Jesus could sit with his disciples in a place where people literally had sex with goats to worship a pagan god, how should we imagine he would treat a transgender man or woman in church?

Let’s suppose you are a person who truly believes that in order to keep faith based space “holy”, you have to keep all the really bad sinners out. What is gained from embarrassing a human being in front of a whole room? I have a moral issue with stripping another human being of their dignity simply because I believe they are acting in ways I disagree with. I wonder how many people in that room, including the pastor, could remain in that church if we were to put all the unsavory behaviors, practices, or thoughts on display for a whole room to judge? This hierarchy of morality is neither godly or appropriate for society. Shame on all of the people in that room who clapped and shouted amen at that reprehensible act of grand standing. It was wrong, and I hope this pastor is lead to see that it was wrong and apologizes to whoever he was targeting with his tirade.

Often times our negative feelings about others are triggered by something we see in ourselves. I pray that I don’t have any degrading caricature of true religion left within myself, but I know that I once did. I can remember one of my first sermons as a youth pastor. I was full of personality and wit, and for some reason I decided to direct my wit and humor at the LBGTQ community. I was grossly homophobic in my language, and thought I was right to talk the way I did. It’s one of my greatest regrets in life. It breaks my heart to know that someone in the audience was probably made to feel ashamed of who they were because I was trying to prove I was cool.  My final issue with this video is me. I’m sorry I have used words publicly to shame people. On behalf of the Christian church in America to anyone who has been hurt by rhetoric like you watched in the above video or that I used as a young, insensitive, dummy, I’m truly sorry. Every human being is on a journey, and you don’t deserve to be degraded for yours. It’s my hope and prayer that churches and pastors that dump shame on people learning to accept who they are close their doors unless they learn to practice inclusive faith that makes room for everyone to belong.