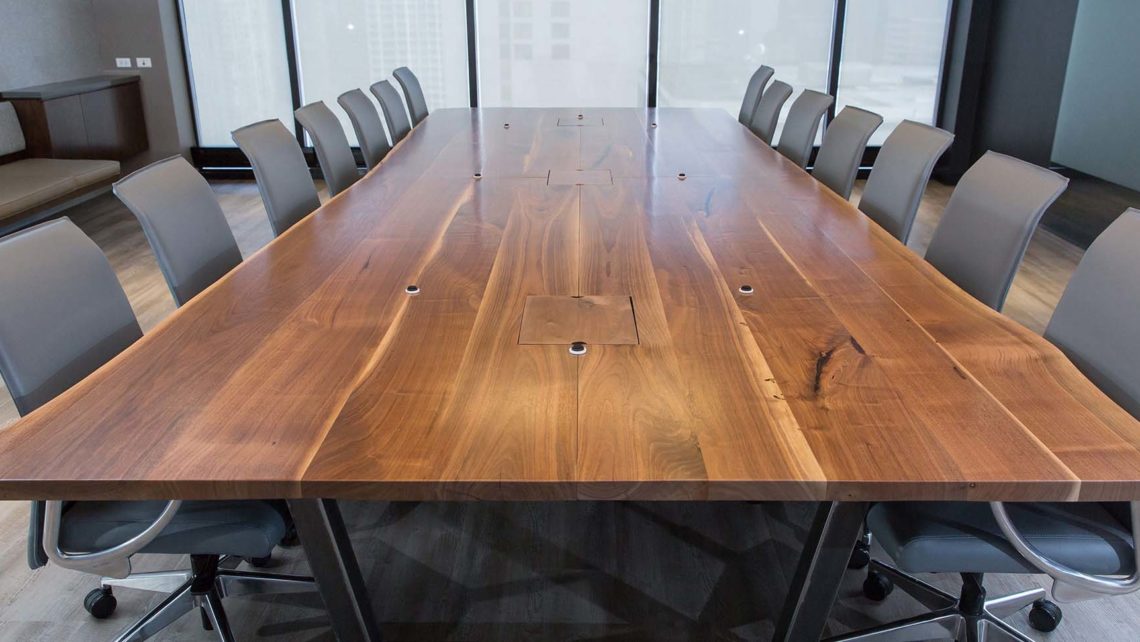 Years ago I learned that everything rises and falls on leadership. Whether it’s the law of the lid, or the idea of the leadership umbrella, the principle remains the same – leadership drives culture. Culture drives habits, and habits drive who you are as an organization. These principles make who you have sitting at your leadership table of vital importance.

“The 3Cs” is a great formula to determine whether someone is fit for a leadership table. Competency can be seen on a resume, and character through conversations with mutual acquaintances and reference checks. Chemistry is harder to determine.

It is virtually impossible to know purely on first impressions who could grow to have long term chemistry with you. The kind of chemistry it takes to trust the instincts of a leader takes a substantial amount of time to develop. It’s hard work, and it’s even harder when trying to develop that chemistry across race and gender. Perhaps that’s why in so many churches and  denominations across America the “leadership” is overwhelmingly white and male. I will not presume to speak for women, but I can share from the perspective of an African American male who has served in ministry in predominantly white environments for almost twenty years.

Some time ago I started hearing several lead pastors express the sentiment that they aimed to surround themselves with people they wanted to “do life with”. That’s certainly an understandable tendency. We all want to surround ourselves with people who bring us joy. One unintended consequence of that desire in the American church is that too often the people who bring joy to white male pastors are other white males. I’ve seen far too many photos of church boards,  church leadership teams, and denominational presbyteries where people of color nor women are represented. I see this as a very real problem that the American church can no longer afford to treat as a manageable tension.

To address this issue requires acknowledging that a lack of diversity at the decision making table is in fact a problem. White male leaders within organizations have to reject the inclination to deem the exclusion of minority voices as an acceptable organizational practice. To quote a good friend of mine “it doesn’t have to be this way”.

Leaders have to wrestle with what it means to welcome female and minority voices to speak. Historically, leaders and churches that are looking to be more diverse look for minority or female singers to put on stage. When people of color or women are seen speaking or leading worship it can send a message to weekend attenders that diversity is a value of that church. While that is an important message, that practice is incomplete. It’s window dressing. That narrative does not tell the full story of whether or not people of color or women are given a platform to influence the decisions  that determine the course of the organization or church. When an organization is looking for diversity, some questions must be asked. Do we want minority faces or do we want minority culture? What happens when a person of color on our leadership team sympathizes with their culture and becomes vocal about it? How will we handle the fact that black people typically feel a sense of responsibility for their culture? These are the types of questions that white leaders have to wrestle with before engaging in the hiring of minority leaders.

A lead pastor interested in welcoming diversity into their organization has to be prepared to develop minority leaders. The finish line for an organization is not hiring a person of color, but developing them into a leading voice within the organization. If that end result is not in view the goal of diversity will prove to be elusive as the inevitable struggle for chemistry emerges and cultural barriers arise.

It’s 2018. We are less than sixty years removed from black people in America being legally considered equal citizens for the first time.Schools, restaurants, and yes, even churches were all segregated and therefore people of color are relatively new to attending churches with white people let alone working in them. Church leaders today, whose ancestors excluded black people from their churches, would do well to wrestle with whether or not they should feel a sense of responsibility to work toward reconciliation in light of that exclusion. In Luke 11:47-48 we see some hard words from Jesus about building on the sins of previous generations. That passage is worth examining to discover how it applies to America’s history with race and how we can move forward together.

Living in the Bay Area of San Francisco I’ve had the opportunity to meet people from and visit places like Google, Facebook, Apple, and GoFundMe. I once had a conversation with an African American who worked in Silicon Valley who talked about how very few black people worked at some of these organizations. In fact he told me that you could fit all the African American’s who work at Facebook and Google on one large airplane. The two companies employ almost 100 thousand people.

A week later I visited the campus of Google to have lunch with a friend who had recently been hired there. At lunch I found it remarkable how many ethnicities were represented on the campus, but also how few black people worked there.  I referenced the conversation I had a week prior, and we talked about some of the factors that lead to the small amount of black people working at google. It’s not good hiring practices to hire unqualified people solely to fill a quota. It’s a bad practice for Google, and it’s a bad practice for churches. However, I was blown away by what my friend told me Google was doing to be proactive to solve the issue of qualified candidates coming out of minority communities. He told me that Google was working hard to engage in minority communities before a potential engineer ever walked through the door, as well as influencing the cultural and systemic biases that prevent minorities from applying. For an example of how Google has done this click here.  This is what it looks like for an organization to see a problem and be proactive to solve it. Sometimes the best thing we can do about the past is to secure the future.

Leadership is responsible for the message organizations send to the world, and if the church is going to send the right message to the world about equality and equity then church leaders have to look at themselves in the mirror and do the hard work of examining their own hearts for racial and gender biases. After that, look around your leadership table and be honest about what you see. Who have you made space for at the table?