On Monday I got an email from the principal of my kid’s High-School. She emailed us parents to let us know the school had discovered a “threatening letter”.  They handed the letter over to the police to investigate, and we would see an increased police presence at the school the following day. I had the questions that most parents would. What did the letter say? Should I allow my kids to go to school the next day? Are my kids going to be afraid if I do let them go? I also had one additional question as a black father. Was the letter a racist threat of violence to POC? I contacted school officials, talked to other parents, and got some of these questions answered. My wife was out of town, so I called her. We talked it through and decided they should go to school. The school, through multiple calls and emails assured us that the police found that the letter posed no credible threat. All of this lead to a question I thought I knew the answer to, until now. Is protecting my children my number one responsibility? We are raising children in a time when mundane routines like school attendance can be life threatening. For parents raising children of color, racial bullying, inequitable treatment and even racially motivated violence are all additional possibilities once our children are out of our sight. We have to release our babies into the world not knowing what they will encounter. How can I protect my kids when they aren’t in my sight? How can I teach my children about the evil that exists in the world without filling them with fear? 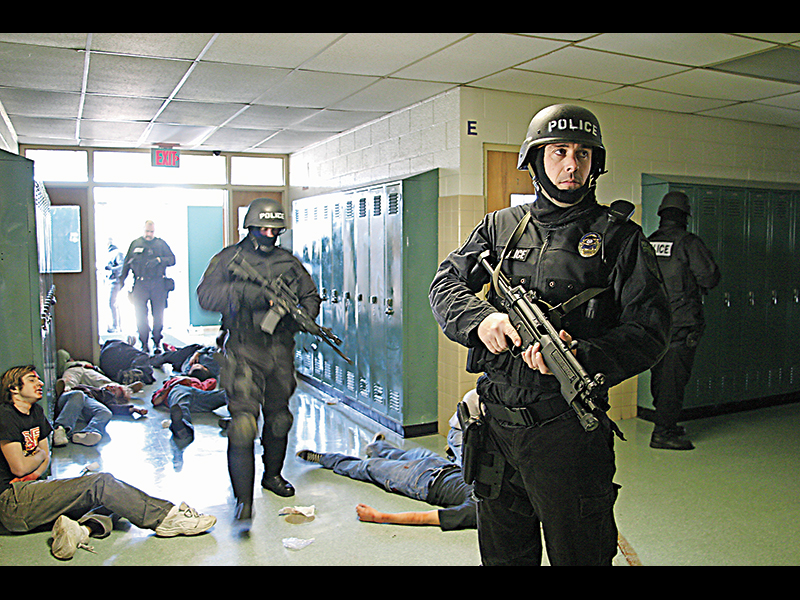 Last night at dinner we talked about how the day at school went. We were about 90 percent sure going into the day that nothing would happen, but that’s a scary 10 percent left out there. I wanted to know how my kids were processing it. They told me what they were feeling throughout the day. We talked about what they felt, and went over some safety measures they could take in the event of the unspeakable. I felt myself being more afraid then they seemed to be as we talked. I avoid talking about stuff like this for fear that I’ll make my children afraid of the world. I’ve shielded them from the nightly news, feeling like I was protecting them. This time, I leaned right into the scariest of possibilities as I talked to my daughters. The subject was dark. It was scary, and theoretically they should be decades away from having to face it. I began talking to them about dying. As I was talking I wondered: What do I want my children to believe about what happens when we die?

As a Christian, there are a lot of things I’m supposed to believe about death and specifically the after-life. To be honest, none of those things were what I told my kids when I finally mustered the courage to talk to them about death. I actually found myself talking more about life than I did about death. As I sat at the dinner table with my girls, I realized that telling them to live full lives in service to other people was far more important than anything I could tell them about what happens when they die. I told them that living with purpose, and doing something every day to try and make the world better makes the threat of death not so scary after all. If we are intellectually honest, none of us can say with absolute certainty what happens after we die. But, we can enter that unknown with peace knowing that our lives mattered to others and that we did all we could to leave something good behind in the world. That’s what I hope my kids took away from me finally having the courage to take the world as it is and talk to my children about it.

What things do you find difficult to discuss with your children?

How can you find a way to engage in those conversations anyway?