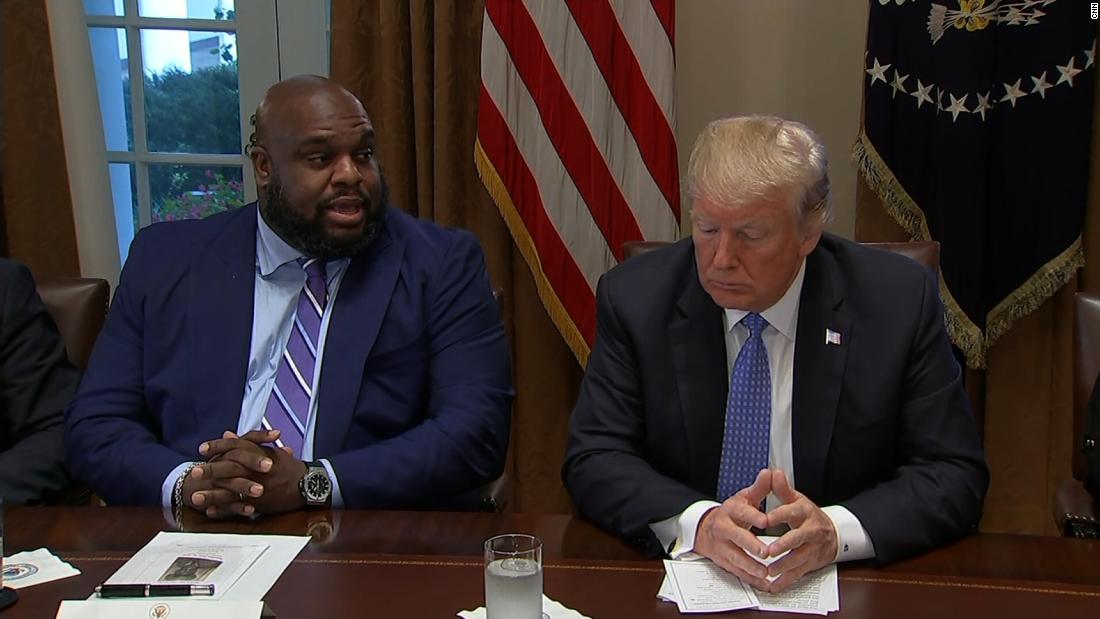 I try to avoid heaping criticism on other human beings. Especially those in the public eye. It takes a degree of courage to put out content for public consumption, whether that be speaking, writing, or performing. You put yourself in harm’s way of harsh criticism from people who neither have your gumption nor ability to do the thing you’re doing. From that perspective I have empathy for the black and brown faith leaders that attended the White House earlier this week to speak with the President. Ninety-nine percent of the people reading this will never get the invite these men and women received, and especially will not receive the back-lash that they (especially John Gray) have received. That being said, as a black faith leader, I do have some thoughts that I felt I’d be remiss in not sharing on this platform. These are three things I’ve learned from the meeting, the backlash, and the responses after.

1. Community leaders have a high moral responsibility to speak for the voiceless.

I have on two separate occasions, from two different black pastors heard the notion that the clergy who attended the White House meeting failed to honor their moral obligation to speak truth to power even at the risk of arrest or expulsion from the meeting. Jamal Bryant, a friend of John Gray asked “why didn’t any of you get arrested” [to speak up for your community]? The lament of other black pastors, some of which declined the invitation, was that the pastors in the room failed to speak – other than to laud undo praises on President Trump as the most “pro-black” President of our lifetime.

Here is a transcript of the meeting. It was a round robin of “thank you’s” with very little mention of prison reform at all, let alone substantive policy changes. In that regard I can understand the disappointment people have shared. There had been a previous meeting to discuss actual policy, but in this meeting, there was no such discussion. It seems that the pastors in this room were lured into a fruitless circus of publicity. I have no reason to believe that their intentions weren’t pure in attending, but intentions won’t restore the trust of the people who are disappointed that their leaders, who had the opportunity to speak for them, did not. Regardless of what side of the aisle you draw your beliefs from, it cannot be denied that an overwhelming majority of black and brown people have felt disenfranchised by this administration. The black and brown leaders in that room said to represent those people failed to give true witness to their voices. I’m not suggesting the burden of speaking truth to power is easy. My point is that it’s not, which is why it’s the first lesson I’ve learned from following this story.

In the interview with Lemon when John was asked if he could go back and do it all over again, he paused and said “I would under different circumstances”. So, did you go because God said go, or because you believed the circumstances would allow you to do some good? Sometimes when trying to defend something that appears indefensible, it’s probably best not to defend it at all. When we are conflicted about a decision we’ve made our defense is often confusing and contradictory. Conflicted is exaclty how I would describe John’s posture in this interview and throughout the fall out from the White House meeting. The answer of a man who is convinced that he did the right thing is “Yes! If God told me to go back I would”. That’s not the answer John gave, which leads me to believe he’s feeling some remorse over attending in the wake of all of the backlash. If that is indeed the case, then share that. We are all human and subject to believing one thing before all the facts are in. In this polarized period of American history, we need leaders who are willing to say: “I was wrong”. There is no need to double down on bad decisions, policies, or ideas, and we should all be willing to grant forgiveness for our fellow humans who are subject to errors of judgment when they ask for it.

3. If your partner has red flags – listen.

I’ve been married for almost 20 years. It’s embarrassing how many of those years I was guilty of disregarding my wife’s counsel to me in the name of patriarchy. John Gray said in a statement following the meeting that his wife advised that his attendance would likely not go well for him. However, John said that he had heard from God and had to obey. This 3rd lesson is more of a reinforcement of something I’ve been attempting to get better at. I’m learning that when I pray about a decision and arrive at what I believe is the best course of action, but my wife doesn’t have the same peace about moving forward, I have a tie. I’m in no way saying that my wife and God are equal. I am however saying that I’m a human being who is subject to misreading what I believe God is saying to me, and my wife is an equal partner in the decisions we make in our home. Her red flags should always be considered, as I believe Pastor Gray did with his wife’s reluctance. Watching how this has all played out for John has reminded me of the tremendous value of having people in my circle that I trust to tell me the truth when I find myself believing God is saying one thing, and my wife is saying another. Their perspective can mean the difference between success or failure for my endeavors. Human beings have done terrible things in the name of God, and not one of us is divine enough to interpret His will alone.

I think it needs to be said that John Gray is one of the most influential pastors in the country, and that he bears the burden of that influence. By all accounts he’s a great man to his family, friends, and his church. I believe that the other leaders in that room are also great people. I have no issue with POC attending the White House to discuss policy and give witness to the experience of black and brown people in America. However, in this instance, arguing that we should sit down with people we disagree with is a straw man and mischaracterizes the objection of black and brown people who are let down by this gathering.

It’s easy to write or talk about what we would do in their shoes, but only those who have sat in that room know the weight of having that kind of opportunity and pressure. I confess. I do not. My intention is to share my thoughts about something that many of us have been talking about this week. John and the other faith leaders who attended that meeting will no doubt go on and do great things in their community. I hope that no irreparable damage has been done to their relationships with their communities, and I hope that the people in their communities who are disappointed in how they were misrepresented will be given the opportunity to sit with their community leaders and share their feelings.

Church in the Wild