Let me tell you about an interaction I had last week.

On Memorial Day, I got up early to play basketball at the health club. I generally play with the same group of guys each week. They’ve been playing for years and I just started playing with them about a year and a half ago. Over the years, I’ve come to be “friends” with a couple of the guys on FB, and a while back I noticed that one of the guys I play with was on a FB video sharing about his faith. It was refreshing to see. It made me feel like I would finally have something in common with one of the guys I play with – outside of trying to relive our glory days as weekend basketball warriors. 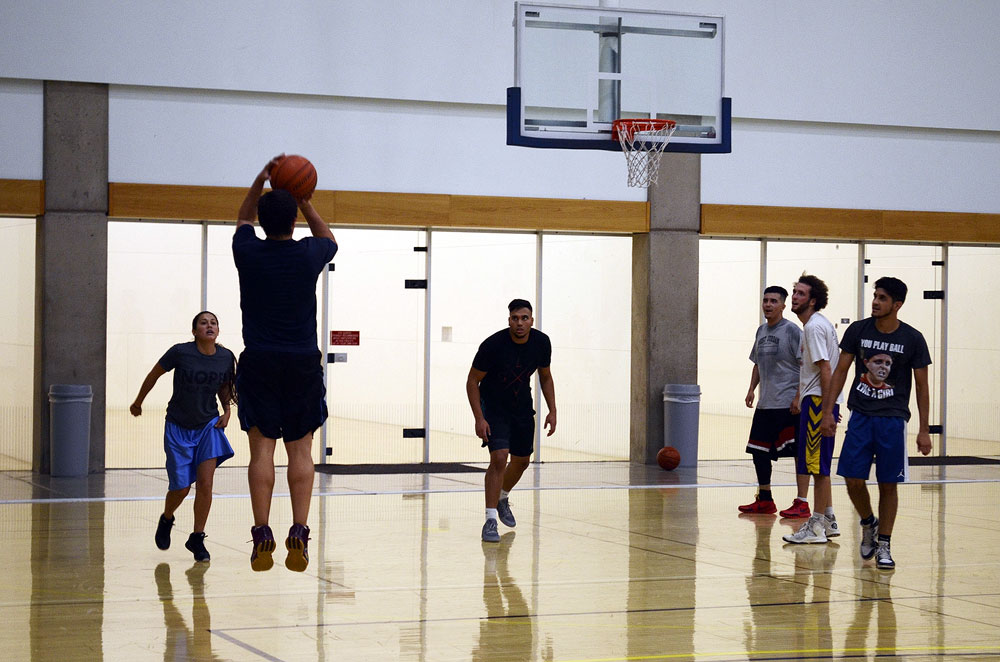 Last week during a break between pick up games, I went up to this guy and told him I saw the video of him sharing his faith. I asked what church he went to, and he told me he attended a local church in the area. I had heard of the church, and I told him some former colleagues of mine from a church I used to work for are now at his church. He asked me if I was still part of my old church. I said no, and told him about something I’m working on that I’ll be sharing with you all later. For now, I’ll say it rhymes with “granting mouse lurches.”

What he said next was the strangest response I’ve ever heard from anyone after sharing with them the type of work I do. He looked me square in my eyes and asked me, “what Bible do you read?”

I know Steph! Me too. (Let’s bring this banner back to the Bay BTW) We had already established commonality of faith in the conversation we were having. Nothing in our dialog suggested that I would read a different Bible from him, so because he’s a white man and I’m not, I was left feeling like there was something culturally dissonant going on.

I said: “ummm…. the same one as you… in English, the Christian Bible…”. Then he asked me with a slight interrogation in his voice “Old or New Testament?”. I told him I read both, and then he told me he reads the ASV (American Standard Version). I was like: “Cool, I read the CJB (Complete Jewish Bible).” Then he said: “Oh, so Old Testament then.” “No, Bro, old and new,” I said.

At this point, I was pretty uncomfortable with the dialog and a little disoriented. I felt like at any moment someone was going to tap me on the shoulder and reveal that I was on candid camera or something. I told the dude that the reason I liked the CJB was that Messianic Jews curated it and it brings to light the Jewish culture that helps me gain a deeper understanding of what the Jewish authors of scripture were trying to convey to their original audience.

I gave the following example. There is a portion of Paul’s letter to the Romans where he uses the phrase “Jesus is the propitiation for sin”. That’s an English translation of a Hebrew ritual called “Kapparah.” These two different translations of the original idea are close, but not identical. Propitiation is about appeasing an angry party. Kapparah is a ritual where a Jewish person would put a small animal like a chicken into an apparatus that they would bind to their heads and spin it around. The idea was that they were transferring their sin into the animal before killing it the next day.

After I shared that with my man at the gym he went on to tell me how “dangerous” that was because we are saved by grace alone and actions like that are forbidden in scripture which he would go on to tell me he read strictly with no interpretation.

That was the moment I knew the conversation had gone as far as it could.

This entire interaction had racial undertones. I walked away really bothered by it and disappointed all the more in an American Evangelicalism that was failing yet another white man. You could be asking yourself how this interaction has anything to do with race. Perhaps you think this guy would have probably said the same thing to anyone. “He’s just a fundamentalist who lives in his own world.”

It’s entirely possible that he would’ve said the same stuff to anyone, and he may be a fundamentalist Christian convinced of his superior wisdom. However, that doesn’t mean that the interaction doesn’t have racial undertones.

First of all, in case you’re unaware, the Christian religion has its roots in Jewish culture, custom, and language. The writers of the Bible are all Jewish. When an American is dismissive of a Jewish ritual in favor of their own American interpretation of what scripture says, they do so because they have bought into an unfortunate misconception that American ideology is supreme. Despite what my basketball partner or anyone else will tell you, NO ONE reads the Bible without interpreting what it says. Scientists have discovered that our eyes do more interpreting than seeing. We are always interpreting, especially when we encounter people we don’t know at all or aren’t familiar with.

I’ve said it before, and it’s no secret that the majority of the influence of American Evangelicalism comes from white men. That’s a fact that we all have to accept, but not one that we shouldn’t be actively seeking to change. It’s not helping us be more connected as a culture.

When Brock attends church with his family and hears his pastor Tom remind the audience that “we are the light of the world,” Brock will look around the room and see Emily, Connor, Chad, and Logan. What he sees is a “we” that defines who exactly is the light of the world. Naturally, when Brock comes to the gym and sees me, he will assume a posture of light to my darkness. He is already pre-conditioned to resist learning from me because he can’t imagine that I would have anything to share with him about his faith that’s of value. His natural interpretation of me would be as someone who is need of white salvation.

The critical issue here is that for any of us to get a full picture of God; we have to be willing to look deeply into the cultural experiences of those who have been or are currently oppressed or persecuted. Privilege has never been the carrier of God’s ideas and virtues.

All of the Bible writers are trying to tell us that the least, the broken, the downtrodden and the oppressed are God’s chosen people. They are the ones who God wants to reveal themselves through.

To put it plainly, if you are a white person reading this in America, and you don’t have any people of color or women that you respect enough to teach you about God, I’m not sure the God you are following is the God of scripture. I’d encourage you to take advantage of every opportunity you are given to be enlightened by stories and experiences of people you don’t usually listen to.

Don’t forget you can sign up to never miss a blog post by signing up for future blogs at the bottom of the homepage. Go sign up now!