A couple days ago on “Independence Day” I felt a tension that I didn’t anticipate. All my life I’ve participated in National holidays, and I especially love the ones that have eating as a pillar of the celebration. This Independence Day was interesting because for the first time I wondered if I should celebrate or grieve. That is partially due to the fact that I’m prone to being influenced by peers and other well written/spoken people I know and respect. I saw more resistance to celebrating America’s independence from some of my black friends this year than I can ever remember seeing before, and that made me stop to consider whether I agreed with the timing. Was a National Holiday celebrating American freedom the time to lament injustice?

I certainly agree with the premise that America’s Independence was, as I’ve stated in a previous blog, realized more than 200 years before black people received any semblance of freedom. I can understand how a people who have historically been treated like guests or worse in this country would be reluctant to light off fire works and adorn themselves with American Flag shorts. 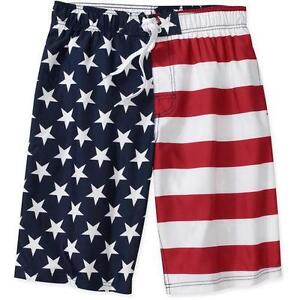 (Ironically, people wearing these shorts or any other apparel of the flag to “honor” America are in violation of U.S. Flag code.)

None the less, I had a hard time reconciling how I felt about allegiance to America as a follower of Jesus. I grew up attending conservative Evangelical churches that often served as a campaign platform for Republican values and government. I grew up believing that America was God’s blessed nation as long as it was run by Republicans. “America the Blessed” is the way that most churches I sat in (except for my dad’s AME church) would characterize this Nation. That was in spite of any past or present atrocities American government sanctioned within our borders or abroad. It’s that background that was on one end of the tension I felt this week as our Nation celebrated its independence.

On the other end of the tension was my belief that America is still a country that is oriented in favor of its dominant culture, and people from that group malignantly and some unwittingly participate in maintaining that supremacy. There in lies the challenge of celebrating freely. Now, before you allow yourself to think: “If America is so bad, why don’t you just leave”, I would again caution some deeper reflection. That idea is deeply rooted in the systemic problem with race in America. I am deeply grateful for the freedoms that I and my family enjoy as American citizens. I’m also deeply disturbed by the discriminant fashion in which freedoms are granted to citizens, especially in some of the rhetoric from a group I’ve spent the better part of my adult life helping to build.

This week I watched a video of a church I attended for a long time when my wife and I first married. I watched the pastor of that church during their 4th of July weekend service read a poem from Ted Nugent. The poem recited from behind a podium in front of a giant American flag, attempts to shame athletes who have protested police brutality against the black community by pontificating about the struggles of our armed forces contrasted with the “luxury” of playing sports. While this isn’t the blog to deconstruct that straw man, it should be noted that one has nothing to do with the other. Athletes aren’t boycotting the anthem, and taking time during a worship gathering to uphold American patriotic myth is a tragic conflation.

Church gatherings like this are what make celebrating America difficult for me and other black Americans. I’ve had the privilege of spending time with two men at the center of the NFL protest controversy. I’ve seen first hand the passion and conviction of both Colin Kaepernick and Eric Reid. Watching them sacrifice their careers for something they believed in was one thing, but to hear them talk about why in person was something that has resonated to my core.

I’ve watched as people from the black community have approached them to thank them for being willing to take a stand for their community and use their voices to speak for the voiceless. I’ve become good friends with Eric, and have had many conversations about how his strong faith in Christ is the fuel that drives his passion for changes in our criminal justice system. When the church in America, which I consider my tribe, shows flagrant disregard for the plight of Black America (also my tribe) I’m left feeling disappointed at a time that I would love to be celebrating our freedom unadulterated. It’s hurtful when people (especially Christians) disregard the deeply personal convictions of black Americans, and add insult to injury by demonizing the people taking action to try and bring about change.

It’s a tall ask to expect black Americans to celebrate freedom arm in arm with people who still want to deny them freedom that inconveniences the dominant culture. Can you see the dilemma? Can you imagine having your mom’s birthday fall on the anniversary of your dad’s death every year? That’s what Independence Day feels like these days for black people. Is it appropriate to celebrate American Independence? Absolutely! Is it also appropriate to have difficulty celebrating due to the weight of black history?

Life is heavy and light. It’s joyful and it’s sad. We are often mad, sad, joyful, hopeful, and worried at the same time. It’s unhealthy to ignore the heavy feelings of sorrow to try and “white knuckle” happiness, and it’s exceptionally unhealthy when that effort is forced by the external influence of mythical ideas of patriotism. In the end, I gave myself permission to be both thankful for my freedom and sorrowful for the lack of empathy and partnership extended to the black community. We lit off fire works two nights in a row. We ate burgers off the grill, and spent time as a family laughing and making memories. Today, I’m lamenting hypocrisy. I can express both joy and sorrow. That is the freedom I’m most thankful for this year.

How do you define patriotism?

How can you celebrate freedom, but recognize more progress is needed?