The other day I was taking my youngest daughter to school. One of our rituals on the way to school is for one of us to pray. It was my turn to pray, and as I began praying, I remembered the family of Stephon Clark. It had only been a few days since the DA determined that the police officers involved in his killing were not guilty of any crime. I was a couple of sentences into my prayerful lament when my daughter almost ritualistically exclaimed: “No justice no peace!”.  After I said amen, she asked me if I knew what that phrase meant. I answered her. But before I tell you what my response was, there is something important you need to understand.

It’s challenging to have to explain to your daughter why people who look like her have to endure the hardship of racism in 2019. This is at least the 4th time I’ve had to explain to her why a black man was killed and why the people responsible for his murder weren’t held accountable for his death. One is already too many, but FOUR!!!

My youngest is 13, which means we’ve had about 5-6 years of her being socially aware enough to ask questions about what she is seeing and hearing. Let that sink in.

“No justice no peace!” She chanted. As if she knew intrinsically that was the anthem of injustice. How many times must she have heard those words cried out in protest of the depreciation of black bodies? She asked: “Do you know what that means dad?”. I told her I did. I asked her what she thought it meant, and she said: “When there is finally justice, we will be quiet.” I’m often fascinated by how my daughter answers questions about issues like this. This time was no exception. Children’s perspectives are often more rich with meaning than that of adults. I needed to sit with what she said for a few days to process how she saw the world. What did she hear in this simple phrase? What can I learn from what she sees?

When there is finally justice we will be quiet. The protests and the resistance will stop of course, but not because the resistance is the problem. It takes injustice for there to be resistance to it, so naturally, if America drops the “in” there wouldn’t be loud cries in the streets for justice. If Stephon Clark’s weren’t murdered for having natural human reactions to being startled, there would be no need for athletes to take a knee. If we lost the distinction of black and white that divides us into haves and have nots, then there would be no more “angry black men and women”. Many Americans are agitated by the noise responders to injustice make, but fail to recognize that you only hear thunder BECAUSE there was lightning.

If you want to live in a world where no one marches in the streets shouting and crying out, or a world where athletes and celebrities no longer use their platforms to bring attention to trampled civil rights, join the resistance. Help those of us drawing attention to the ills of society. Resist the urge to demonize the victims rather than hold the guilty culprits accountable.

The moral response to injustice is a symphony of great noise. It is not silence or acquiescence. Peace is not the absence of struggle when there is evil in the world. Peace is the result of courageous people doing their part to rid the world of the evil that disturbed it. If you want to rid the world of the noise, say it with us: NO JUSTICE, NO PEACE!!! Because until there is finally justice, we won’t be quiet. 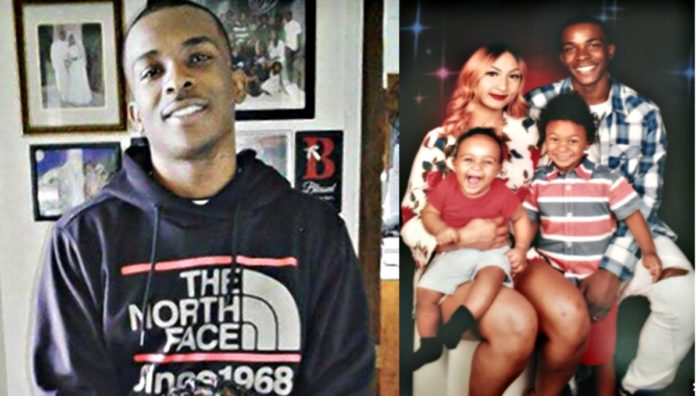