Why Sit-Downs With Oppressors are Overrated

There continues to be a lot of talk about Jay-Z’s partnership with the NFL. People are going round and round about whether it’s a good thing or a bad thing for him to have sat down at a table with Roger Goodell and the NFL.

Some people, like myself, believe that any partnership with the NFL that is aimed at addressing social justice issues that doesn’t include Colin Kaepernick is disingenuous at worst and suspicious at best. Others believe that the partnership is a well-conceived plan by Jay-Z to do good for the black community. Only time will honestly tell.

I’ve heard people compare J to prominent civil rights leaders of the past sitting down with racist government officials to advance the cause of Civil Rights for POC – the argument being that social change isn’t possible if we aren’t willing to sit down with the powers that be to affect that change.

Similar arguments were made over a year ago when a group of black clergy, most notably John Gray, visited the white house to discuss prison reform with the President.

People then and now are asking the question – “how can we do any good for POC if we don’t have a seat at the table?”

While I agree that there are a time and a place for POC to have a seat at a white man’s table, I can’t help but wonder if the idea is overrated. If we look at the actions of history’s most prominent agents of social change, how often do we see them sitting at the table with oppressors? Was that a significant component of their strategies?

If I were to ask you to name five revolutionary leaders of social change movements who comes to mind immediately?

I won’t presume to know all five names on your list, but I feel like I can say with high confidence that MLK, Malcolm X, or Jesus were among the names that came to mind when you read the question.

Since these are people universally recognized as people who brought about monumental change, it’s only reasonable that we look at their actions/in-actions as examples of methodology that brings about systemic reformation.

“As long as you got a sit-down philosophy, you’ll have a sit-down thought pattern.”

Try doing a google search to see if you can find images of Malcolm X sitting down at the table with white men who were resistant, reluctant, or undecided about the equal rights of black people. I can save you the time – there are none. 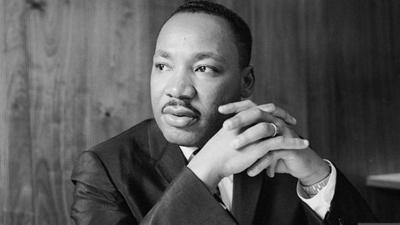 Similarly, there are no images of the sit-down between Dr. King and Bull Connor because no such meeting ever occurred. And while Dr. King is known for his diplomacy, he was also sharply critical of presidents whose approach to equal rights was to slowly and sparingly dole out freedoms to black folks.

None of the gospel writers who tell the story of Jesus’ 30 plus years on earth write about a face to face meeting he had with any Roman authorities in a strategic effort to liberate the Jews from the oppression of Rome. Luke writes that Jesus, in the face of being threatened that Herod would kill him for talking about a Kingdom of equality, called Herod “that old fox” – a far cry from trying to sit at a Roman table to bring about change.

Many of the sit-downs POC have attended have been little more than publicity stunts and photo opportunities that allow oppressors to hide in plain sight from the liability of their participation in systemic racial oppression.

The league that Roger Goodell represents is still blackballing Colin Kaepernick. Donald Trump tweets and says racist things with impunity on the regular.

If POC sit down with these men and don’t also condemn their racist words and behaviors, why should we expect to see change come of their sit-downs?

When people with a history of complicity with racism invite POC to have a discussion, isn’t it reasonable to expect some contrition from the inviter before the invitee agrees to talk?

There is a time to take a seat at the table. That time is when the people who own the table have shown through their deliberate action a sincere desire to dismantle the system that allowed them to own the table you built for them.