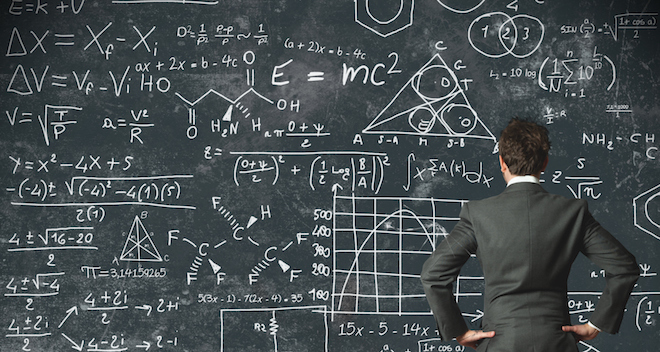 We have a moral conundrum in front of us. I’m sure the title gives away that I’m writing about abortion, so some of you may take issue with me using the phrase “moral conundrum,” but that’s what we are wrestling with right now in America. The ethics of abortion are far more complicated than politicians, media, some people of faith, and internet memes would lead us to believe.

We aren’t the first society to grapple with unwanted pregnancies, women’s rights, and the question of when life begins. Does life begin at conception? Is that the moment a woman has a “person” in her womb? Many Christians use words written by the Old Testament prophet Jeremiah to answer those questions:

“Before I formed you in the womb I knew you,
before you were born I set you apart;
I appointed you as a prophet to the nations.”

With that as the starting block for their belief about life, it’s easy for a Christian to start running with the idea that life beginning at conception is a no-brainer. According to the text from Jeremiah, an argument can be made that life begins before conception, so, for most Christians, it’s incomprehensible to imagine that a child isn’t a person at the moment of conception. The word before is relative. It has a broad reach that can lead us to any number of conclusions when reading that scripture.

What were you doing before reading this blog? Don’t think too hard about that. The answer is EVERYTHING YOU’VE EVER DONE. Depending on how you interpret “before,” we could argue that every virile male carries lives around with them, and if that’s the case, should we consider the use of condoms abortion? What about male masturbation – is that terminating life? That’s part of the complication that comes from the how we read the words of Jeremiah, but there are more equally complex ideas we can find when we look deeper into the beliefs about life found in the Hebrew scriptures.

There is an ancient law given by Moses to the Jewish people after their liberation from Egyptian slavery. It’s found in Exodus, and Biblical interpreters struggled to understand what it means.

“If people are fighting and hit a pregnant woman and she gives birth prematurely but there is no serious injury, the offender must be fined whatever the woman’s husband demands and the court allows. 23 But if there is serious injury, you are to take life for life, 24 eye for eye, tooth for tooth, hand for hand, foot for foot, 25 burn for burn, wound for wound, bruise for bruise.

The phrase “serious injury” is an attempt at translating a word from our earliest translations of Exodus. That word is “mishap,” and people were pretty stumped by what that word meant in the context of these verses. Ancient translators of these texts all had a slightly different take. Some interpreters believed that mishap had to do with what stage of pregnancy the woman was in, and others thought it was about whether harm comes to the woman. In the Septuagint, an early Greek translation of the Hebrew Bible, interpreters believed that mishap had to do with whether the baby was “fully formed.”

“If two mean are fighting, and a pregnant women is struck in her belly, and her child comes out not fully formed he shall pay a fine… But if it is fully formed  he shall give a soul for a soul…”

The people responsible for translating sacred text into other languages thought that there was a point in which a fetus was fully formed and therefore a living human being and a point where the fetus was not. For one scenario involving miscarriage, the penalty was a fine, but for the other, the sentence was death – a soul for a soul.  What were the criteria for “fully formed”? Your guess is as good as mine. The point is, even within the history of the Bible, there has been some complication around this issue, and not just in the Old Testament.

There are instructions given to women in the NT about being a wife to an “unbelieving husband.” The direction is to live with him righteously, and not to leave him. On the surface, of course, this verse has nothing to do with abortion, but if we examine the culture surrounding the instructions, we find that abortion would have indeed been a complex moral issue for women.

During the times the NT writers were writing women had almost no rights at all. In fact, throughout most of the world, women were slaves. Often masters would sleep with their female slaves, and if the slave girl got pregnant, he would command her to put the baby outside the city gates where the babies would die. She had no choice.  Men treated their wives in similar ways, and they too would have no say if the husband wanted to get rid of the baby.

Now imagine a pregnant woman who has come to faith in Jesus at Christian gathering going home to a pagan husband or master who has already decided he didn’t want the baby. She’d have to be feeling like God would want her to keep her baby, but the only legal way to do so would be to flee illegally. Maybe she’s considering leaving to save her baby, and then she reads (or hears read) a letter from Paul, the leader of the Christian faith at the time, telling her not to leave her husband. This woman has no choice. Regardless of her condition morally, mentally, or emotionally, she has to give up her baby. Even if she wants to choose life for her child, she can’t. Society had stripped her of her right to choose before the baby was ever conceived.

Pro-life people aren’t all close-minded, evil, oppressive patriarchs. They feel like their stance protects innocent lives, and we all have a moral obligation to take care of those who can’t take care of themselves. We should preserve all life against violence and harm, and protect a woman’s right to choose. These two issues are not mutually exclusive.

We shouldn’t demonize the people who deem themselves speaking up for the voiceless babies in the womb for their moral passion. Likewise, women and men who are passionate about women maintaining agency over their bodies are not spawns of satan. We need to stop dishonoring people on the other side of our arguments using caricatures of their beliefs to make our points look better.

I’ll never forget hearing a woman I respect sincerely tell me that if she were ever raped, that she’d seriously consider abortion. Ever since then, I decided that my opinion on the matter is far less significant than the views of women who could have to choose between two awful realities. I have yet to hear, meet, or see on television, a pro-abortion woman. Sane people don’t celebrate the deaths of the innocent.

I know that the President has forever tainted the phrase, but in this case, it’s true. There are good people on both sides. It’s just complicated.

For anyone wondering, I’m a thousand percent in favor of women making moral choices about whether or not they want to give birth to a child. A woman, her doctor, and an involved, loving partner should inform the decision about what to do with a pregnancy. Society shouldn’t make that choice for her before she ever gets pregnant.