There’s a lot of Christian rhetoric thrown around every election season. Some of it is helpful I suppose, but most of it is shallow, and doesn’t acknowledge the extreme complexities of faith-based voting. There is a belief on both sides amongst faith-based people that God sides with their party. To be fair, I think that sentiment is becoming less and less prevalent with each new generation of voters, but it is still a belief that you can read between the lines of many faith-based leaders and partitioners statements about voting and politics. People who hold faith as a guiding value can be valuable contributors to political conversations and practice. Adding that value requires we are clear about how our faith impacts what we believe about politics, and we should remain in a posture of wrestling with our beliefs in our ever changing world. Dated ideology won’t help us with modern issues, and there are two rudimentary ideas that Christians would do well to examine closer as we continue to move forward as human beings. 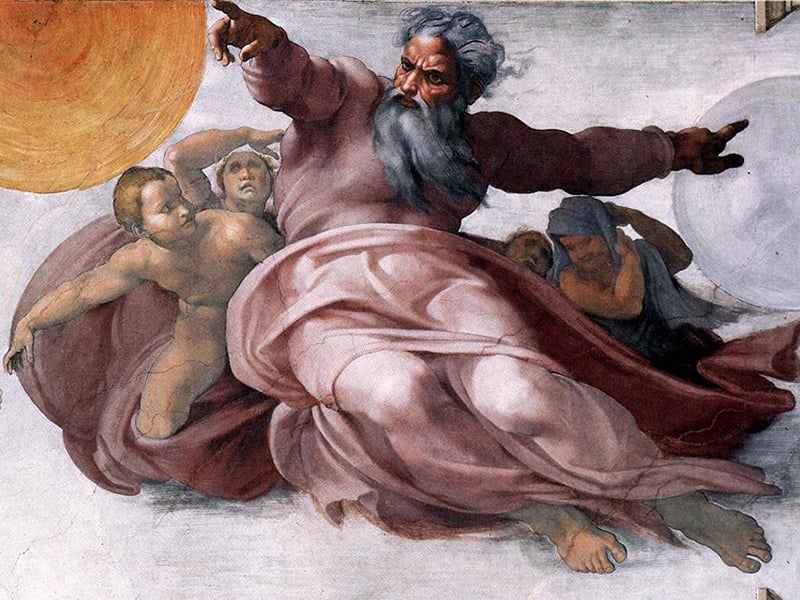 There are a few verses in the Bible that speak to this idea. On the surface, it makes sense to believe that whoever is in office is there because God appointed them. The writer of the book of Daniel wrote that God changes times and seasons and deposes kings and raises up others. One of the new testament authors wrote that existing authorities have been placed where they are by God. If we simply traverse those words across the thousands of years, multiple languages and social contexts it takes to apply it to American politics, it makes sense to believe that whoever wins American elections does so with God’s help. God elected them.

The truth is, none of the Bible writers wrote about American democratic elections. They had no context for people electing officials. They lived in a context where many of the kings and rulers were believed to be a deity or the offspring of deity. Everything that happened during the time that Bible writers lived in was deemed supernatural. If someone was sick, it was because an unseen spirit attacked them. Ancient Jews washed their hands to wash off an evil spirit, and keep it from entering into their bodies and possessing them. So, it makes sense from the worldview of a first century or pre-first century man to believe that anything major that happened was because God actively enforced cosmic will to make it happen.

I believe that God is active. God does care about humanity. I also believe God allows human beings to figure out how to take care of the planet and each other in ways that are just and right. When it comes to American elections, God doesn’t elect our leaders, we do.

The second dated belief is one that I found exceptionally challenging to reconcile in today’s political climate.

We should pray blessings on our leaders. 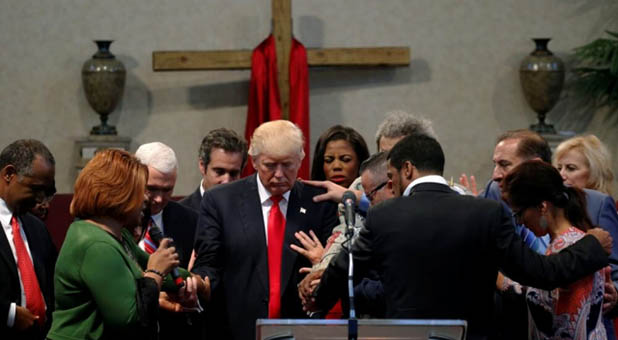 I’ll never forget the moment I had in a church service of a pastor I have a great deal of respect for. After we sang a few songs, the pastor got up and said that we should pray for Donald Trump. I thought it was bold given that we are in the blue state of California, but more than that I was personally conflicted because I didn’t know how to pray. How do you pray for a leader you don’t believe should be leading? I’m aware of the scripture that encourages Christ-followers to Pray for kings. Pray for all in authority. Again, this on the surface seems simple enough, but how do we truly do this in America in 2018. It has always been interesting to watch white evangelical leaders pray for white Republican presidents, but throw verbal stones at Obama time and time again. That day, in that church, I found myself wrestling with the quandary of how to pray for a president that I have such moral disagreements with. My flawed idea of what it means to pray for him didn’t help me either, so I prayed through my teeth that God would bless the president. (Whatever that even means.)

Later I looked at the scripture above in context and found the whole idea of the writing is to encourage us to pray for all human beings, including rulers and those in authority over us. That changes things slightly for me. It made more sense because first century Jesus followers were being persecuted by the rulers of their day for their beliefs. Most of what was written to them was to encourage them to hang in there until God made all things right. That didn’t always mean a nicer ruler would take over for the mean one, but that God would be with them as they tried to live justly in an unjust world.

How would you pray for a leader who wanted to put your head on a spike after cutting it off your shoulders? Would you pray that God bless that leader? Would you pray that God surrounds them with godly people who they would listen to? I imagine you’d pray that God removes that leader and replace them with one who would govern justly. I know I would. You may be a person who is happy with the government officials who are in power today. You should pray that God gives them wisdom, favor, blessings, and good health. I pray the latter for everyone, and if you’re a person who does not believe the people in authority over your city, state or country are ruling justly then you should pray honest prayers. Sometimes those honest prayers sound like: God, please remove them from office.

I do believe God is ultimately making the world right. Sometimes our votes help the divine process and sometimes they don’t. Ultimately the world is moving in the direction that our Divine Creator wants it to. We can choose to help or we can not. One thing I know for sure is that God’s power is not limited or enhanced by who we vote for. It’s a blessing to be able to vote, and it can be a powerful tool toward change.

That’s not the only way God works though.  What if God is urging us as humans to use our voices and our bodies for good outside of the ballot box?

6 Things I Tell People Before They Start Talking About Race

6 Things I Tell People Before They Start Talking About Race